It’s good to have adventures.

As I sat trembling in seat 26F on the 12:20 to Zurich, I kept repeating this mantra over and over; in the hope that I would eventually believe it.

I haven’t always been afraid of flying. The fears arrived with the birth of my first daughter, now a beautiful nineteen year old. A common phenomenon, apparently. One’s own mortality becomes starkly more visible with the onset of a new, shinier generation, nudging you up the gangway of life, so to speak! So for nineteen years I have been battling with the necessary evils of Air Travel. Living abroad it is impossible to avoid, if you ever want to see your extended family ever again!

We’d driven over to the UK in July, staying with my mother in Surrey. After three fun weeks, the OH and the two kids went back to resume jobs and school. My Mother had sustained a back injury, so I stayed behind for a further two and a half weeks to help out. This involved me doing a LOT of cooking, cleaning, lifting large appliances, and nagging ‘Don’t lift that, I’ll do it!’ and ‘Have you taken your pills?’ etc. The injured one spent an inordinate amount of time on the Interwebs, mostly researching tumble dryers, taps, and looking at JibJab Gifs. They say you end up like your mother, they didn’t tell me that SHE might convert to teenage YOU!

Back to Flight BA0714. So there I was, trying to breathe deeply, without projectile vomiting all over the passenger in front. And I thought, Why am I trying to do this alone? Why am I trying to be brave, and pretend I’m not about to lose my breakfast with anxiety? After nineteen years of take-off tears, enough was enough!!

Spotting a capable looking cabin crew member, (Michaela) I beckoned her over, and asked if there was any chance of a real drink before take-off; explaining that I was a very nervous flyer. Before I knew it, she had plopped herself down in the seat next to me, and was both sympathetic and reassuring, and cheerfully lovely into the bargain! Of course, as you will know, dear reader (and fellow bad flyers!) any kindness at all sets off the waterworks; and BOY, was I a blubbering mess! Fellow passengers looked on in interest/annoyance, as I received the full treatment; not one, but TWO bottles of Sauvignon Blanc and a large box of tissues! Plus a lot of hand-holding, both figuratively, and literally!

The wine really, really helped, and after a smooth-ish flight, I was taken/dragged to the flight deck, and introduced to the two wonderful pilots, Emma (trainee pilot) and Neil. Emma was lovely, and I wish her all the best in her future as a fully-fledged Captain of the Air. And Neil, I don’t quite believe that you’ve only been flying for two weeks! I’d like to think that you were joking! And it’s really nice to know that British Airways pilots have a sense of humour attachment, as well as being able to:

1. Fly a mahoosive fekkin’ tin can through the air.

2. Possibly do a three-point-turn in it as well!

Back on Swiss soil now, and I am happily reunited with the family. It has taken me two days to calm down completely, however. This will not be news to any fellow anxiety sufferers! While talking with Michaela, she advised me to check out the British Airways ‘Flying With Confidence’ course offered on their website. Links below for all you Bad Flyers out there! I hope it helps.

Lastly, I would like to give a massive shout out to Michaela Fitzpatrick, cabin crew at British Airways. Without her kind assistance (and the hand-holding!) I may not have made it!

Big Cwtch to you, Michaela; and THANK YOU!! 😀

Travel safe out there!

Love from The Hedgehog x

13 thoughts on “Flying with Faith” 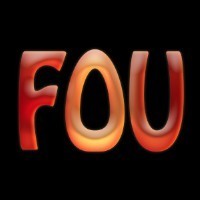 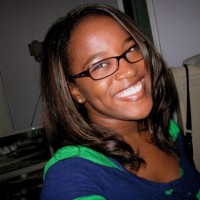 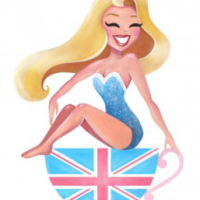